A very hot day ahead

It was so hot, it was impossible to head outside during the day, so we decided to chill in the house and rest a bit until the sun goes down.

Wifi problems: how to connect to the world, if wifi doesn’t work?

Although our Airbnb host offered internet that could also be used outside (which is very common in Japan), the internet was so slow that it wasn’t worth the trouble to carry it along. She tried to rectify the problem*, but it was a dead end. So in the end, we had to order our own device to connect to the internet.

* Erhan’s Note: Apparently it was a data cap issue of sorts. It should have resetted earlier but did’t or some other obscure reason. Remaining online while traveling across Japan is a challenge on its own. Thanks to the internet there are many guides out there on how to do it, and if I remember correctly there are many mobile internet sales booths right out of the airport arrivals gate.

Until the device showed up, we used the Starbucks and other cafe’s free wifi connections.

This was the 2nd day of the festival. Before coming to Japan, after my thorough research I found out that the crowd starts to disappear after 9pm. As a photographer, the crowd is not always a bad thing if you wish to catch the true sense of the Matsuri.

So around 5pm we headed out the house, and started to walk to the streets where there are floats we didn’t catch the previous night.

Sun was going down, the light was pretty good and the crowd was getting to the streets in that hour. A photographer’s dream hour: golden hour!

I don’t know the exact number of the people who attended the festival that year, but boy, it was crowded!

But don’t worry, because Japanese know how to deal with this crowd, they are really prepared for the festival. There are many police officers guiding everyone with their lightsabers to right and left. Everyone -even the tourists- obey the rules (because it’s JAPAN).

Today we knew how to move around and hit the food stalls immediately! And we were not alone with the same thing in mind, everybody was eating something delicious along the way to the floats.

and many more options… 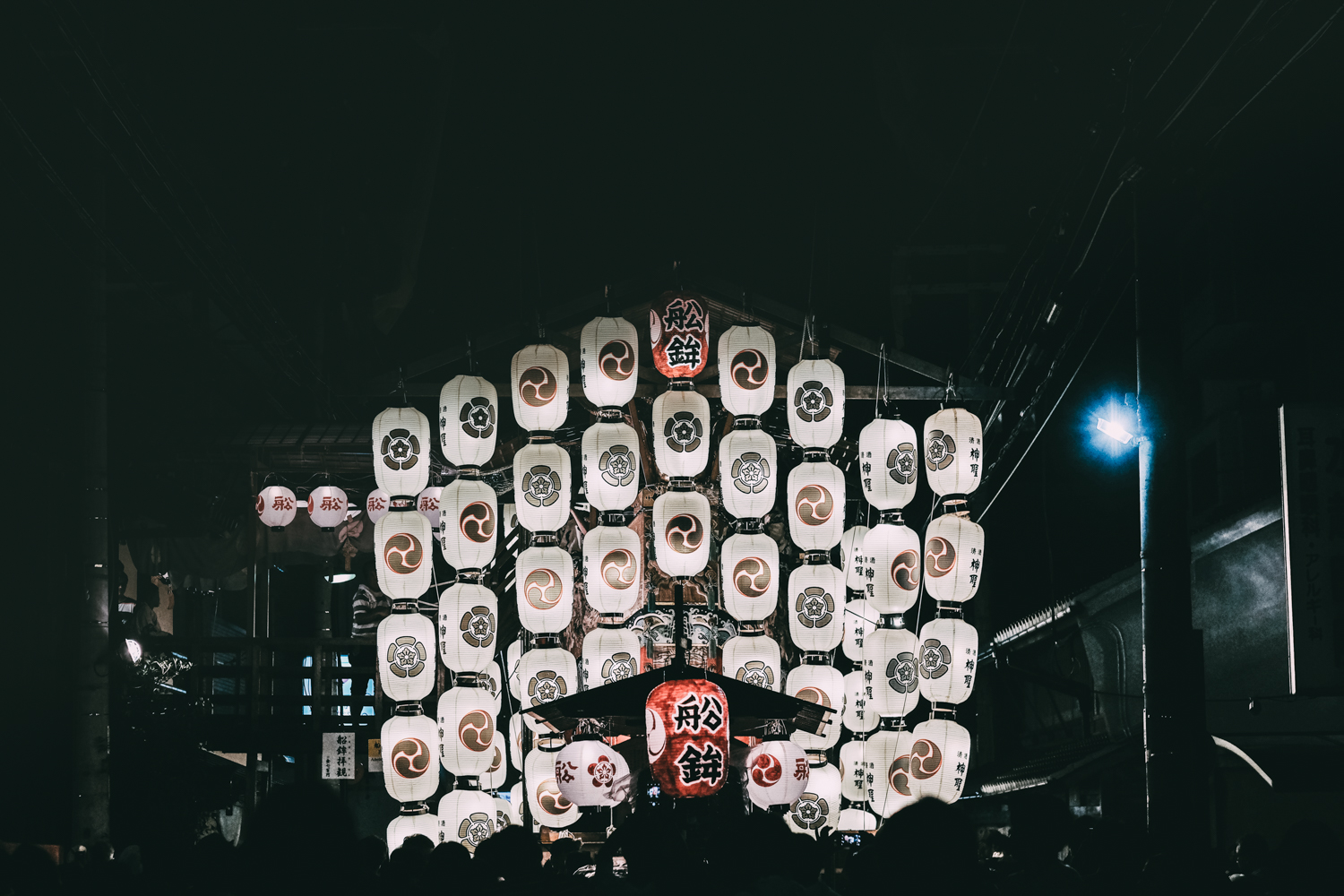 Hi there reader,
We are asking for your support to keep our blog running:
SUBCRIBE for weekly posts and you’ll get: